Celebrity weddings. They got married 2018 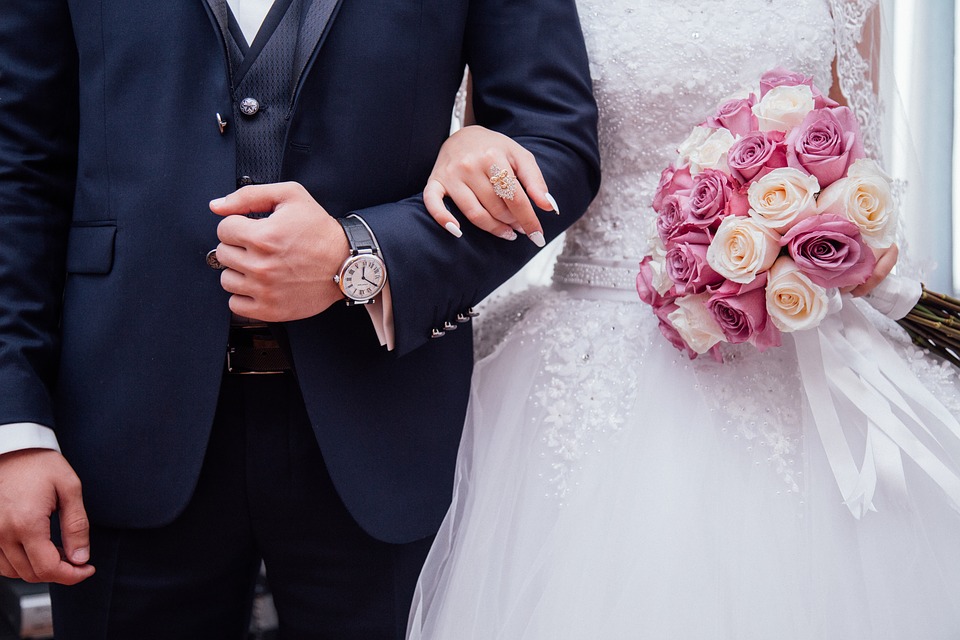 Celebrity weddings. They got married 2018

We at Rings of Sweden love all weddings, and everyone just loves celebrity weddings! From rings to clothing, ceremonies, hairstyles, wedding guests and parties. There is nothing that draws more attention than a celebrity wedding.

Actress and businesswoman Gwyneth Paltrow married TV producer Brad Falchuk in September. They first met in 2010 and in January they got engaged. The wedding was kept secret to the public who only knew that they had married when they were surprised by a picture that Gwyneth published on her Instagram a few days later. Gwyneth and Brad said yes to each other only in the presence of their closest friends and family. A few celebrities like Robert Downey Jr., Cameron Diaz and Steven Spielberg were also there to congratulate the couple on their big day. Later we saw amazing pictures in the press. Gwyneth wore a Valentino wedding dress and later she changed to a long Stella McCartney dress. Curious about the couple’s wedding rings? They could hardly be more classic: Traditional plain gold rings.

The fashion blogger Chiara Ferragni, aka The Blonde Salad, married rap star Fedez in one of the most Instagramed ceremonies of the year. (Ciara has 14.4 million followers on Instagram). The couple married outdoors, in Sicily, Italy. Chiara was wearing a custom-made Dior Haute Couture dress while Fedez dressed Versace. After the ceremony, Chiara dressed a tulle evening dress embroidered with text from one of Fedez’s songs. Later, she changed the long evening skirt to short mini-skirt. Why make it simple? You only marry once in a lifetime, or two or three ….

Made in Chelsea pair Millie Mackintosh and Hugo Taylor

The TV stars got married in West Sussex. The wedding ceremony was very romantic and worth to mention was the wedding cake, there was no cake, instead they had chosen a pyramid of macaroons in soft pastel colours. The wedding dress was also quite special and worth some comments. It was designed by Kate Halfpenny (Halfpenny London) with bare shoulders, and detachable puff sleeves. Later Millie changed to a Bianca Jagger trouser suit. Hugo opted to wear ivory white and black from designer Benjamin Siggers.

Ok one more wedding throwback as it’s a Thursday! It really was the best day ever, I’m so lucky to have found you @hugotaylorlondon ❤️ Thank you @savile_rose for making it all happen 💫

One can not list the most famous weddings in 2018 without mentioning Prince Harry and Meghan Markle who married in St. George’s Chapel in Winsor on May 19Th. Meghan said yes wearing a couture wedding dress by Givenchy’s Clare Waight Keller with a five-meter long silk bridal veil. Although the royal wedding was the highlight of the year in the wedding world, it could absolutely not be compared to when Prince Charles married Diana, something comparing to that will most likely never happen again. Meghan’s beautiful engagement ring with three diamonds that Prince Harry himself designed is one of the most popular rings right now.

Emily Ratajkowski surprised her 16 million Instagram followers when she posed on a photo post with a ring. The model and actress married the actor and producer Sebastian Bear-McClard in the New York City Hall. Emily broke the wedding dress tradition wearing a mustard-yellow suit from Zara and a black hat with veil. That was a very original choice indeed, but not likely to be followed by many other brides.

We did not even know that Amy was engaged when we saw on Instagram that she had married. The American comedian and her current husband Chris Fischer kept their wedding absolutely secret. The couple married in Malibu in the company of celebrity friends like Judd Apatow, David Spade, Jennifer Aniston and Amy’s best friend, Jennifer Lawrence. The couple’s dogs also assisted to the wedding. Yes, really, they brought the dogs to the ceremony.

The couple Warg Pärleros has been busy in 2018: Engagement, a pregnancy announcement, new common professional project and wedding. The wedding was celebrated on Saturday, March 24, in company of the couple’s closest family, relatives and friends. Ida and Alexander has published many pictures on Instagram. Ida’s white wedding dress really was beautiful. Take a look at her wedding ring on the link below. (And the engagement ring as well.) 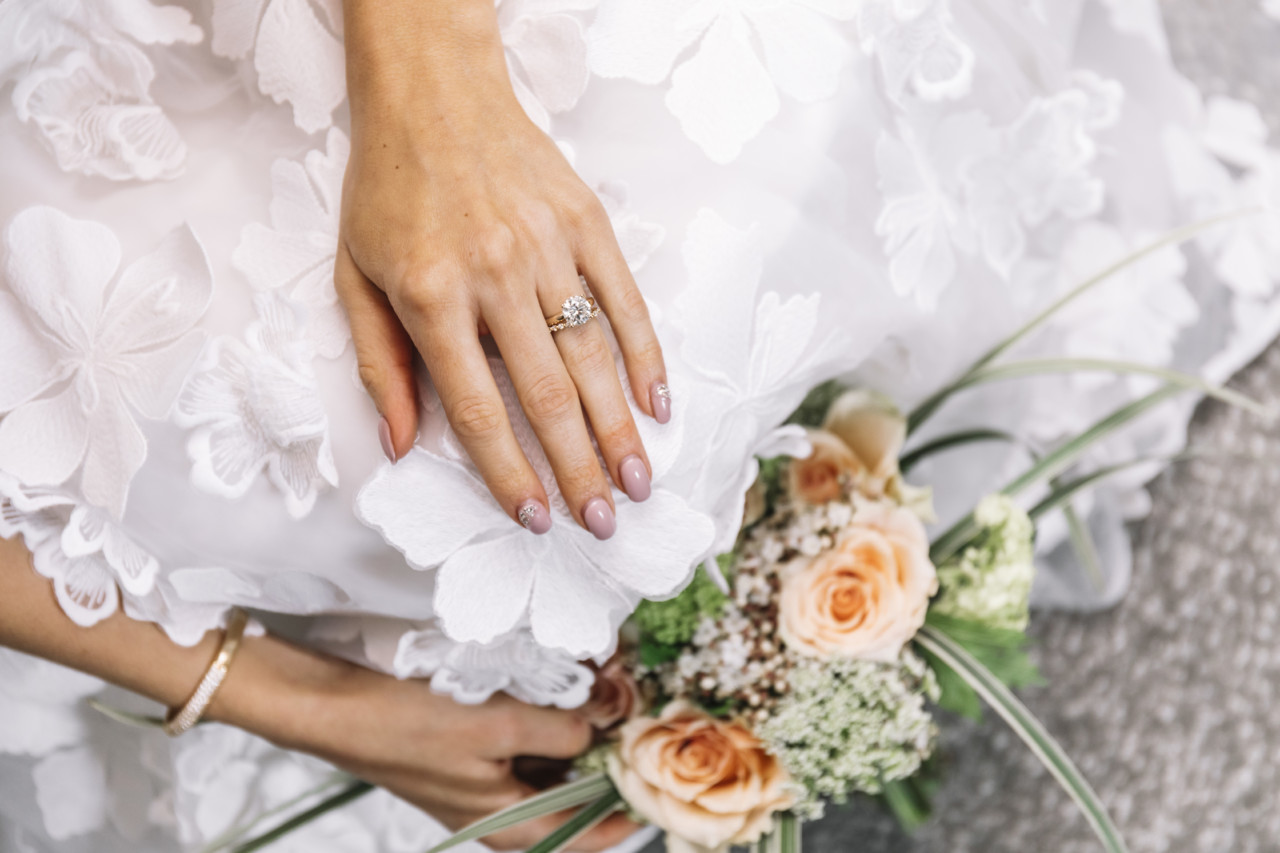 More than 300 guests were invited to the wedding when Alexandra Hamilton, Countess at Ovesholm Castle, and John Ledin, son of Tomas and Marie Ledin married. After the ceremony in Kristianstad, the party was held at Ovesholm Castle. Entertainment was first class with the groom’s father, singer Thomas Ledin, performing during the party together with many other popular Swedish well known artists who were among the guests.

The Swedish pop star Tommy Ekman married Madelene Gustavsson last summer. They met two years ago and have a one-year-old son, Willgoth, together. The couple married in their own garden. The band Freestyle made a one day comeback and played for the couple and the guests. The wedding was commissioned by Mark Levengood, whose husband Jonas Gardell sang a beautiful love song at the ceremony.

Does celebrity weddings inspire you? What inspires you most? Dresses? Places? Rings? Hairstyles? 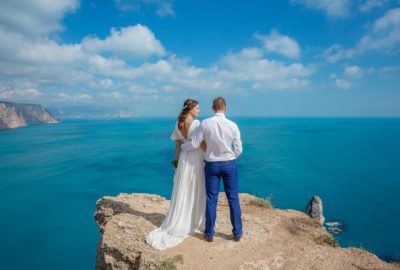 Read about 10 exciting destinations for an unforgettable honeymoon 2022. We can finally travel almost freely around the world after a couple of difficult years, during which honeymoons and honeymoons have had to adapt to the pandemic. Now, things are back to normal.

How will you pop the big question this New Years Eve? Or are you planning to propose on the first day of 2022? You might choose to ask the big question in front of your family, your friends, or in private. There are plenty of ways to celebrate the beginning of your new life together. If you are looking for some inspiration on how to ask the most important question of your life, check out these great ways to ask Will you marry me? On December 31st 2022.

Games and activities for the wedding party

A successful wedding party requires planning and the preparation of some games and activities. Everyone loves to play, and it’s easy to make everyone laugh. The games also give guests a chance to mingle and get to know each other.

Weddings, romance and wedding bands are something that fascinates us. The bride and groom are happy, and the guests are as well; Is there anything better than seeing people celebrating something together with joy? 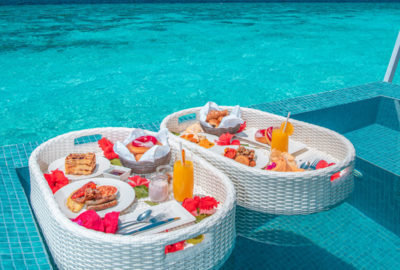 Honeymoon in autumn or winter – Where should we go?

Finally, travel restrictions are beginning to ease, especially in quarantines. The airlines are advertising more and more destinations again. It is possible to plan a honeymoon to many beautiful places in the world. These are some of those the travel agencies recommend for autumn and winter 2021-2022.

We are a young couple from Copenhagen, and we ordered our wedding rings online just 4 weeks before the wedding. So we were very nervous. But Rings of Sweden provided... read more great service, speedy delivery, and beautiful rings. The pictures online corresponded with what we received. And the rings fit perfectly according to the Scandinavian standard size system.

wide range of lovely unusual designs. I chose one made of carbon. good communication from the Emelie at Rings of Sweden. it was very quickly despatched and received once fabricated.... read more it's beautiful, as described, and fits.