Over time, younger generations took over the family’s shops Hellkes Guld och Silver in Helsingborg and Ängelholm and also moved into the market in Denmark, Holland and Belgium. In the 1990s, they realised that the internet was the future, and they eventually invested in opening the web shop www.hellkes.se. That was in 2004.

The Hellkes Rings online shop was a great success, and customers were satisfied. Later, only the web shop continued, and the physical stores were closed. Helkes.se became a well-known online shop for quality rings at fair prices, especially engagement and wedding rings. At the website hellkes.se 500 different models were sold in 18k gold, titanium, ceramic, silver and tungsten.

A beautiful pair of silver rings. The diamond ring is set with one diamond.

Many of the ring models have become popular classics over time. Hellkes.se saw that customers were no longer looking only for the classic, plain engagement and wedding rings and therefore invested in many new exciting materials, colours and designs. Titanium rings, ceramic rings, steel and silver became increasingly popular among younger people. Laser engraving began to be used, and it was possible to engrave the rings, both on the outside and the inside.

Flat profile Titanium ring with twin grooves and a standard external engraved Runic inscription or the inscription of your choice.

Trendy rings at the right price

Comparing prices is natural when buying rings and wise. Word quickly spread that Helkes.se sold high-quality rings at the right prices and that their customer service could be trusted.

☞ 10 TIPS: HOW TO CHOOSE THE PERFECT ENGAGEMENT RINGS

☞ WHICH ENGAGEMENT RING FITS BEST ON MY FINGER? 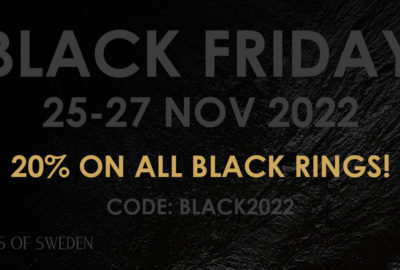 Black is a colour that never goes out of style and fits with everything. Black is elegant and timeless. Black rings are available in gold, carbon fiber and black zirconium, with and without stones. 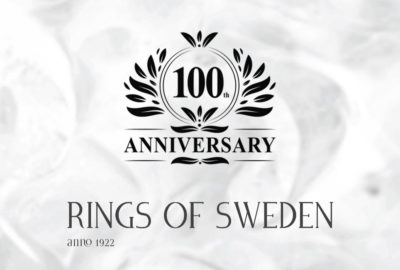 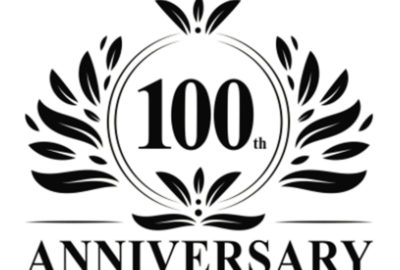 Rings of Sweden is a Swedish jewellery manufacturer. The company was founded in 1922 and is celebrating its 100th anniversary in 2022. Hugo Olsson opened his first gold and silver shop and jewellery workshop in Helsingborg.

We are a young couple from Copenhagen, and we ordered our wedding rings online just 4 weeks before the wedding. So we were very nervous. But Rings of Sweden provided... read more great service, speedy delivery, and beautiful rings. The pictures online corresponded with what we received. And the rings fit perfectly according to the Scandinavian standard size system.

wide range of lovely unusual designs. I chose one made of carbon. good communication from the Emelie at Rings of Sweden. it was very quickly despatched and received once fabricated.... read more it's beautiful, as described, and fits.